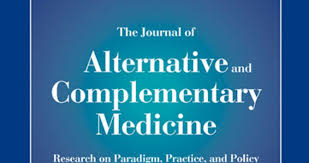 Objectives: This study aims to contribute to a scientific understanding of intuition, a process by which information normally outside the range of conscious awareness is perceived by the body’s psychophysiological systems. The first objective, presented in two empirical reports (Part 1 and Part 2), was to replicate and extend the results of previous experiments demonstrating that the body can respond to an emotionally arousing stimulus seconds before it is actually experienced. The second objective, to be presented in a forthcoming publication (Part 3), is to develop a theory that explains how the body receives and processes information involved in intuitive perception.
Design: The study used a counterbalanced crossover design, in which 30 calm and 15 emotionally arousing pictures were presented to 26 participants under two experimental conditions: a baseline condition of "normal" psychophysiologic function and a condition of physiological coherence. Primary measures included: skin conductance; the electroencephalogram (EEG), from which cortical event-related potentials (ERP) and heartbeat-evoked potentials (HBEP) were derived; and the electrocardiogram (ECG), from which cardiac decelerations/accelerations were derived. These measures were used to investigate where and when in the brain and body intuitive information is processed.
Results: The main findings presented here are: (1) surprisingly, both the heart and brain appear to receive and respond to intuitive information; (2) even more surprisingly, there is compelling evidence that the heart appears to receive intuitive information before the brain; (3) there were significant differences in prestimulus ERPs for calm versus emotional stimuli; (4) the frontal cortex, temporal, occipital, and parietal areas appear to be involved in the processing of prestimulus information; (5) there were significant differences in prestimulus calm/emotional HBEPs, primarily in the coherent mode; (6) there were significant gender differences in the processing of prestimulus information. Especially noteworthy is the apparent interaction between the HBEPs and ERPs in the females, which suggests that the heart modulates the ERP and that females are more attuned to intuitive information from the heart.
Conclusions: Overall, our data suggest that the heart and brain, together, are involved in receiving, processing, and decoding intuitive information. On the basis of these results and those of other research, it would thus appear that intuitive perception is a system-wide process in which both the heart and brain (and possibly other bodily systems) play a critical role. To account for the study’s results, Part 3 will develop a theory based on holographic principles explaining how intuitive perception accesses a field of energy into which information about "future" events is spectrally enfolded.