More and more sportspeople choose HeartMath to improve their performance. The examples mentioned below are all individual testimonies of professional athletes who experienced the benefits of working with the HeartMath Method. 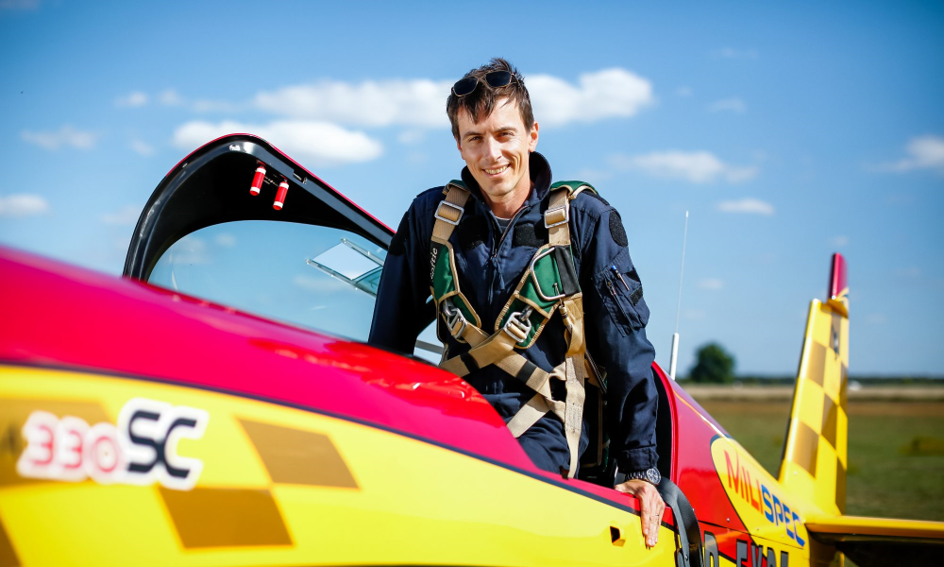 Kristof Cloetens - Belgian aerobatics champion and F-16 instructor-pilot at the Belgian Defence says the following about his work with HeartMath:
"I have been using biofeedback equipment from HeartMath since 2016 to improve my aerobatic performance. During a race (which can last up to 10 days) I usually get up early in the morning, do moderate physical training and finish with 5 minutes of rhythmic breathing to really be ready for the day. Then, about an hour before my time slot, I do another 5-minute session to reach the optimal stress level. Just before take-off I take a few seconds to evaluate my situation and if necessary I do another 2 minutes of cardiac coherence.
I use the same techniques to prepare mentally and physically for my F-16 flights. Whether you are preparing for the flight of the century or need to calm down for a good night's sleep, all you have to do is breathe. »

‘Using the emWave Personal Stress Reliever has enabled me to recognize the effects of stress on my body at any given time, which then allows me to use the HeartMath techniques to immediately help relieve this stress position… My recent tournament performances in Germany and Holland were helped by the use of HeartMath… emWave can recognize stress levels not otherwise detectable. I wish I had known about HeartMath earlier in my career.’
Ian Woosnam, 2006 European Ryder Cup Captain and 1991 Masters winner

Other articles about HeartMath and golf can be found in the May 2007 edition of the well-known international magazine Golf Digest Playing with the Heart, Golf Digest mei 2007, in the Manchester evening news or in Today's Golfer Sep07.

Several golf professionals have even trained to become HeartMath one-on-one providers. The English edition of the HeartMath golf book Managing Emotions is now available in our webstore

HeartMath in Soccer
HeartMath Benelux has been partner in a research project called Tech for Future to investigate whether performance from top athletes and soccer players from the highest league can be improved by using neuro- or biofeedback. The project was done in 2014/2015 with Saxion University and various other partners. Ewold de Maar of  HeartMath Benelux trained the athletes and soccer players. The involved soccer players and athletes were very enthusiastic about the training. In 2016 an article was published on the research stating that both neurofeedback and biofeedback (HeartMath Method) are very promising for performance improvement in sports. 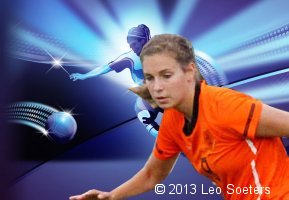 'The HeartMath method has helped me tremendously. I’ve became more aware of what causes me to get stressed out and learned to recognize when I’m about to encounter a stressful situation. This increased awareness helps me to avoid the negative effects of stress by using the breathing exercises for example.

The most important benefit is that I am enjoying myself a lot more then I used to, mainly because I don’t judge myself as harshly anymore. I enjoy life and take a more positive outlook towards my daily activities and myself. Consequently, I’m able to perform on a higher level, especially during my matches. I have a lot less tension while I’m playing.' 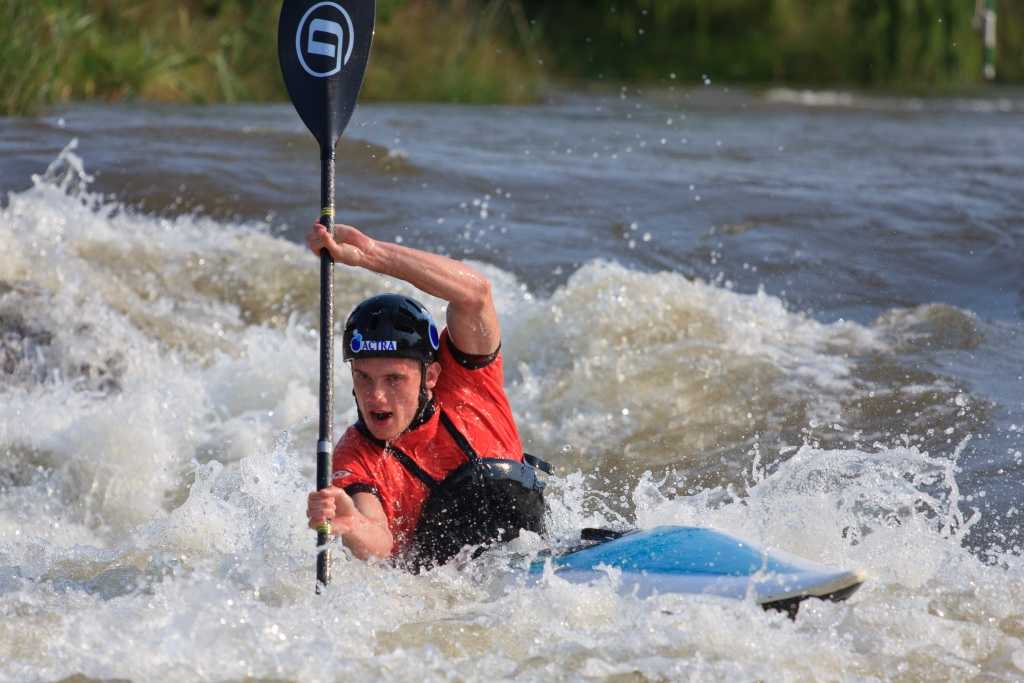 'Wildwater canoeing is very technical sport where it is necessary to constantly adapt and react to the water. If you’re not completely focused at all times you´re bound to miss gates or even capsize. So it´s not just the water athlete shave to deal with. There are 20 gates on a 250 meter track which, when missed, lead to point penalties. The athletes are not allowed to ride the track before the actual competition starts so there is always an element of uncertainty in this sport. Furthermore, since the actual run takes about 90 seconds to complete, it leaves the participants very little room to think or analyse. Consequently, the athletes will go through the track in their minds in the preparation of a run. The mental aspect of this sport is therefore very important but there were very little methods and trainings that really appealed to me, until I encountered the emWave. I contacted HeartMath Benelux which connected me with an organisation called Premotions. We started working with the HeartMath method and I was enthusiastic form the start. My trainer has helped me to recognize stress, and just as important, how to deal with stress. My goal was to improve my performance as an athlete. I’ve done not just that, but even more. I have improved my life outside of the sport. As a student I can use the same exercises and techniques and it has helped me to flourish in this aspect of my life as well. In short, I am very satisfied with the HeartMath method.' 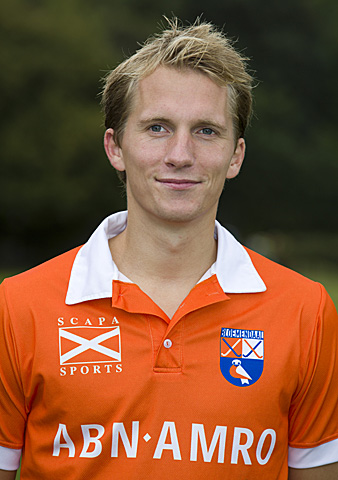 'I´ve took part in a 2 month HeartMath course about 5 years ago and I still benefit from this program to this day. During the tense moments before big games I can feel my stress levels rising. I am now able to calm myself down using the breathing exercises, which gives me the opportunity to focus on my tasks and, most of all, to give me the confidence I need to perform. Of course it’s a personal preference, but for me it works.

The course has given me some practical tips and tricks which help me to get the best out of myself. As said, I mainly used it during the preparation of big games, although it also benefits me when im preparing for iumportant exams during my study. I am very gratefull for all the positive effects this method has brought me.'

'At a young age I became the Dutch Champion in Archery. After a very successful period my performance started to decline. My timing was off and I found myself in a very frustrating place, knowing I could do better, without knowing how. Especially since I maintained a high level during practise and failing during the actual competition I started working with the HeartMath method. 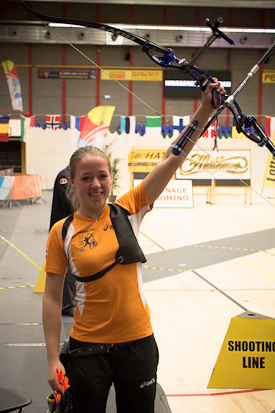 I followed a course from my trainer Roel because working with the emWave 2 appealed to me. The device gives me clear feedback on my present state, which contrasts with other forms of mental training which I have encountered which I felt were a little more ‘vague’. During my HeartMath training I’ve learned what kind of effects tension and stress have on my body. I now can recognize those signals and am able to control my stress levels with the breathing exercises. As a result, I am now capable of performing to the maximum without being frustrated. Furthermore, I also use the emWave when I am very busy (with school for example), just to relax for a minute or when I’m having trouble sleeping. I feel more relaxed and enjoy my sport a lot more. Shortly after the training I have won an international tournament in Amsterdam en reclaimed the first place during the National Championships.'

'Yesterday I practiced with Peter Kolder’s (coach of the KNSB training team and former coach of Jong Oranje, the Dutch national youth team) Freeze Framer (which is now called the emWave PC). I was quite busy at that time and it was amazing to see how relaxed it made me feel. I practiced for 20 minutes, it didn’t work at first.... lots of red...until I calmed down, and in the end I started noticing more green. My mind was overloaded when I started, in the end I felt completely relaxed.’ ‘Table tennis is a very exciting game were the difference between winning and losing is often very small. If you’re down 10-9 in de deciding game winning or losing is decided by one point. Lots of things cross your mind during those situations and by using the HeartMath method your able to stay focused. I can feel if I’m not coherent (too much under pressure or suffering from stress) and react accordingly. I will take a minute to do my breathing exercises and think back at a great match in the past, where I was really in the flow. By doing so I regain my confidence and usually end up scoring the next point. Of course, the next point isn’t guaranteed but I feel like I’m able to win the next point much more often than I used to. I’m sure this method will benefit me throughout the rest of my career.’ ‘I wish something like this would have existed in our days!!

If you’re able to control your emotions during the deciding phases of the match, you usually end up winning the match. Training those situations proved difficult, until now. The mental aspects of the sport have received a more prominent place in our training schedule and thanks to the HeartMath method we’re now able to train this department very specifically. Furthemore, we also benefit from it in our personal lives.

Our philosophy is that you can play your best game if you play it from the heart (with passion). The HeartMath method made this tangible and we are planning to use this approach as a fixed part in the training of our youth players. By doing so we are sure it will become an integral part of maximising performance.

Conclusion: Very applicable and tangible. This will make a difference!

HeartMath in Volleyball
A recent study in de United States examined the effects heart coherency and the usage of the emWave for a Women’s Volleyball Team. See the link below for the results.

The effects of Heart Rythm variability biofeedback with emotional regulation on the atlethic performance of women collegiate volleyball players.

HeartMath in American Football
ESPN published an article on march 8th 2012, about the usasge of the emWave in  the NFL. Check out the full article here: I think, therefore I choke.

For more information on HeartMath and sports click here.